FoxFire Mountain might be famous for their ziplines and ropes courses, but there’s so much more to this adventure park. This 150-acre facility, located off Highway 321 at 3757 Thomas Lane in Sevierville, offers up endless adventure for the mind, body and spirit. We had a chance to explore the park last week. We loved seeing the facilities and checking out all the adventures to be had, but we were most enthralled by the land’s legacy.

Though FoxFire Mountain has been part of the Pigeon Forge community for the past half decade, it’s part of a lasting Smoky Mountain history that dates all the way back to the 1800s — long before the Parkway was aglow with today’s neon lights and traffic.

According to local legend, the first settler on the property that is now FoxFire Mountain was Lucretia Ann Oakley Owen . Her cousin, Walter Ogle, used to say she was “tough as a pine knot” and she sure knew her way around the mountainous property here. One of her favorite things to eat was the stream perch she would catch from the creek, which you can traverse today. After a successful day of fishing she would fry the fish up in a cornmeal batter on her open fire stove and share her delicious treat with the members of her family.

She was also one of the area’s first midwives, and helped bring many of the Smoky Mountains’ founders into the world. She was of Native American descent, and her ancestry helped her connect with nature — and was even said to carry a pouch of ailment-curing herbs with her almost everywhere she went.

Annie married Benjamin George Owens, on February 19, 1874. Right after their nuptials, he purchased finally purchased the land Annie loved Branch Farm, now known as Foxfire Mountain, for his bride and soon to be family.

When the Owens lived lived together on this farm, George worked in town as a lawyer and eventually a judge, while Annie took care of their home and land. According to legend, Mr. Owens rode to work on his black oxen every morning. He also was known to bring his work home with him. According to local legend, sometimes the accused would come to his property to plead their case. If Judge Owens saw fit, he would sentence them to death — in the form of a hanging from a tree on his family’s farm.

Annie and Benjamin George Owens, along with their 8 children, are buried in a family cemetery on FoxFire Mountain property. You can see their old white farmhouse near the Bridge to Prosperity and even learn more about their lives in the small Owens Family museum.

Even though the Owens are long gone, their legacy lives on. FoxFire Mountain is an homage to simpler days of rustic living. From the farm-fresh, homemade ice cream served from a hut next to the savory Zippin’ Pig Barbecue shack to the rocking chairs on the front porch, you’ll experience an authentic Smoky Mountain adventure at FoxFire Farms. But don’t just take our word for it! Click over to their website for more information, including reservations! 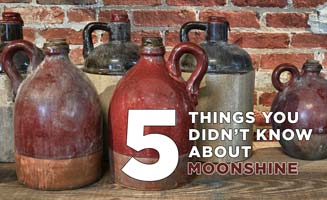 We all know that Pigeon Forge is a great place to visit. Many of us feel like the area is part of our pe…

Danny Devaney Successfully Made History by Escaping a Straightjacket While Ziplining! 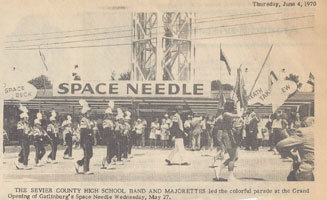 To many, the Gatlinburg Space Needle is a favorite attraction when visiting the Smokies. This toweri…

4 Things You Need to Know About Doggywood

Hi there, blog readers! I’m Jackson! I love spending time in the Smoky Mountains and I always ha…