The Bud Ogle Cabin, built in the late 19th century by it's namesake, Noah “Bud” Ogle, was a farm and cabin located in the Great Smoky Mountains National Park. The homestead consists of a cabin, barn, and tubmill, all of which were built by Bud Ogle, and were added to the National Register of Historic Places in 1977. 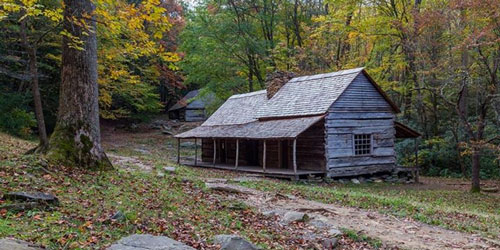 Noah Wilson "Bud" Ogle was an East Tennessee farmer in the late 1800s. His wife, Lucinda Bradly Ogle, was a midwife. Together they had 8 children, all of whom were raised in his now-historic cabin. At one time, Ogle's farmland occupied 400 acres in what is now the Great Smoky Mountains National Park. Even though the land was rocky and not the best for farming, he could support his family by growing corn and several varieties of apples. He sold his crops to fellow mountain residents and sent the excess to markets in nearby Knoxville. 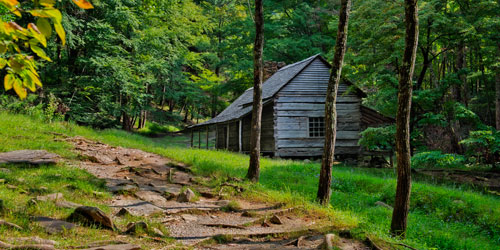 The Bud Ogle Cabin itself is actually two cabins that share a single chimney, often referred to as a saddlebag cabin. The two cabins were built roughly five years apart, the second cabin added to accommodate Noah's growing family. Both of the cabins measure 18 feet by 20 feet and the construction is the same, both one story with a loft and made of hewn logs with half-dovetail notches. 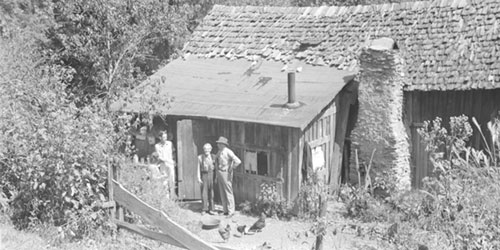 Bud Ogle wasn't the first in his family to make a name for themselves in East Tennesee. Ogle's great-grandparents, William Billy and Martha Huskey Ogle, were the first white settlers to move to the Gatlinburg area. According to genealogic records, Billy was born in Delaware and eventually moved to South Carolina where he met Martha Huskey. The couple and their 7 children made it to the Great Smoky Mountains sometime in the early 1800s.

They settled in what is now Downtown Gatlinburg. You can still see the original Ogle cabin where William and Martha lived with their children on the Arrowmont School of Arts and Crafts campus.

Billy and Martha Ogle's son Thomas was Bud Ogle's grandfather. Thomas fought in the War of 1812. He fought against the Creek Indians in Captain Andrew Lawson's Company of East Tennessee Drafted Militia Regiment. Thomas and his wife Sophia had 14 children, including Bud's father Rev. Caleb Ogle.

Rev. Caleb Ogle and his wife Lydia had 7 children, including Noah Wilson "Bud" Ogle. The rest is Smoky Mountain history. You can learn more about Bud Ogle and his family by visiting his historic cabin in the Great Smoky Mountains. The Bud Ogle Cabin can be seen on the way to Roaring Forks Nature Trail to your right on Cherokee Orchard Road (map). 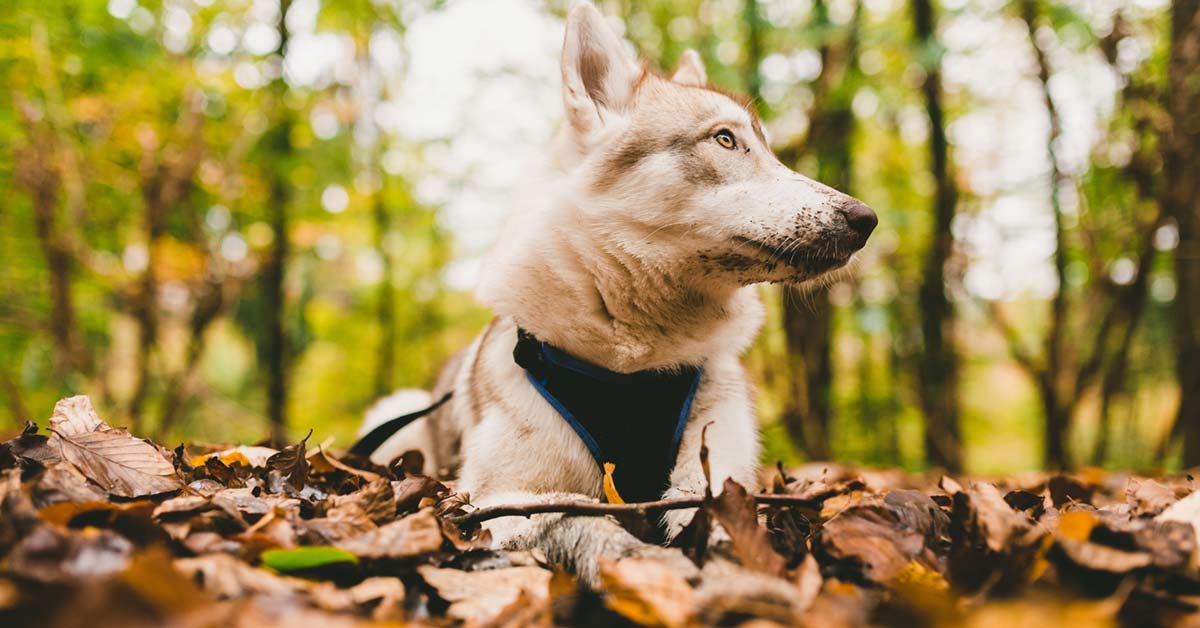 Are Dogs Allowed in the National Park?

You'll find tons of pet friendly lodging in Pigeon Forge as people love to travel with their dogs. But are dog... 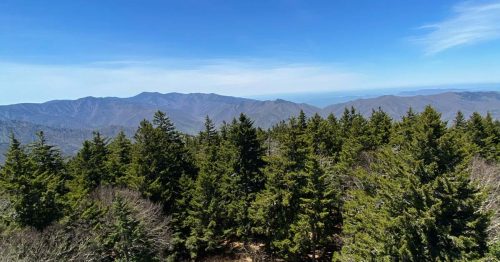 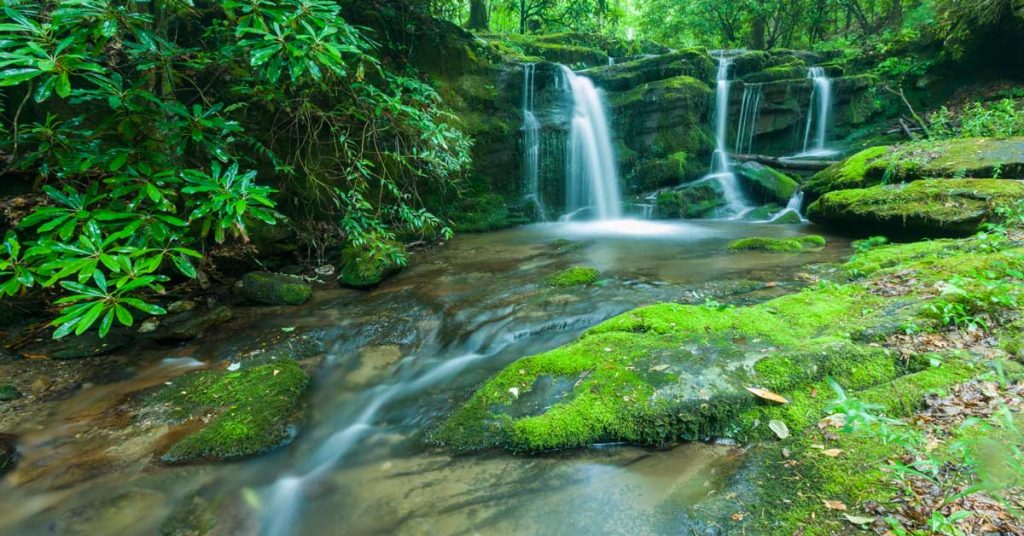 Greenbrier Cove is situated just east of Gatlinburg on the northern side of the national park. Sometimes calle...