In 1933 President Roosevelt started the Civilian Conservation Corps, or CCC, to try and solve two problems: reforestation of the nation’s timber resources, and unemployment during the great depression. Our GSMNP actually had more CCC camps than any other two parks in the country combined. 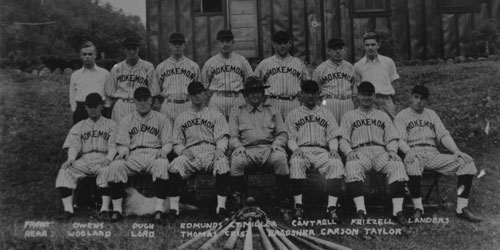 The CCC, consisting mostly of men 18–25 years old, set up camps in each state to house the men during their time of employment. There were roughly 22 functioning CCC camps in the Great Smoky Mountains from 1933–1942, and as many as 4,300 men worked in these camps, reforesting the area and building fire towers and fire roads. The impact of their hard work was enormous and notable in many areas of the national park today.

CCC Camps in the GSMNP

There were two separate numbering systems: company numbers were organized by the US army (groups of men were moved as a unit from camp to camp), and camp numbers (with prefix abbreviations) referenced the permanent locations of CCC camp sites. Mailing addresses for the camps were typically towns a specified distance away from the actual camps.

Notice the lack of NP-21 in the table above. It is sometimes reported that there were 23 CCC camps in the Great Smoky Mountains, but only 22 were officially established and functioning. According to the park superintendent's monthly report, Camp NP-21 was proposed and approved at "Sweet Branch" near Fontana, North Carolina in August 1935. A North Carolina CCC camp list reports Camp NP-21 (nicknamed Meadow Fork) housed company #2420, used the North Wilksboro railroad depot, and the Laurel Springs post office 23 miles away. CCC Camp Locations in the GSMNP 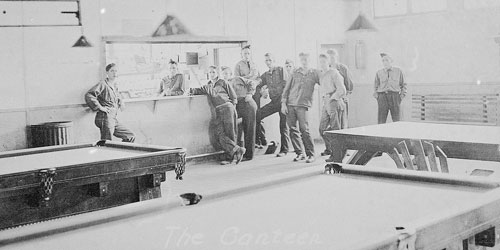 Enrollees at a double camp (2 companies or camps under 1 superintentent) near what is now Sugarlands Visitor Center were responsible for constructing Trillium Gap Trail, Bullhead Trail, footbridges on Alum Cave Trail, and a bridge at the upper end of the Chimneys Picnic Area, among many other pieces of infrastructure. Today you can find the remains of a clocktower they built near Old Sugarlands Trail. 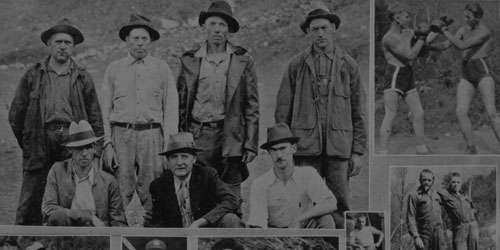 Camp W.P. Davis was located near what is now the Great Smoky Mountains Institute at Tremont. A crew of 172 men (largely comprised of boys originally stationed at Fort Ogelthorpe, GA) camped along Middle Prong Trail built trails, bridges, and roads in the area. They had side camps along Thunderhead Prong, in a farmhouse around Meigs Mountain, and with the boys of NP-12 at Elkmont when they worked on short term projects.

We have had our dances, our fights and our fun, and we are loyal to each other. We are now enjoying the educational program, and we shall be indebted to President Roosevelt and to the Army when the day comes when we must leave. 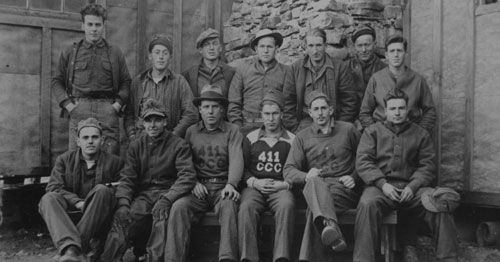 The CCC camp NP-5 was located in the area now occupying Kephart Prong Trail, a little over 7 miles north of Oconaluftee Visitor Center along Newfound Gap Road. During the camp's peak from 1933 to 1942 there were several structures here housing over 200 members of Company 411 of the Civilian Conservation Corps. These men played an important part in constructing Newfound Gap Road and many of the footbridges along the trail. They even built the water system that still serves the Newfound Gap area today. 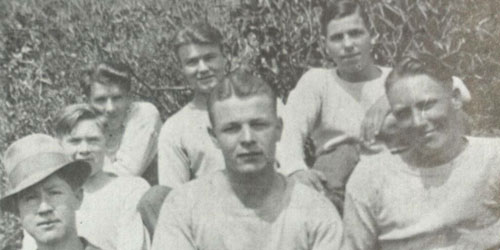 The original CCC camp in Cosby was located at the picnic area near the entrance to today's campground as well as in the fields above Rock Creek. You can see the remnants of the entrance to the camp around Campbell Cemetery. These men constructed foot and horse trails and roads, reduced fire hazards, cleared right-of-ways and removed dead chestnut trees, and improved landscaping by planting and pruning trees. The establishment of NP-6 was primarily for forest cleanup.

Recreation & Education: An unknown source from Company 1462 talks of holding occasional dances at the camp where they brought in orchestras from Knoxville for music. We also get a glimpse at the educational program from this source: The educational program has proved popular and the classes are crowded. Classes are taught in arithmetic, botany, college English, high school English, penmanship, social dancing, auto mechanics, dramatics, personal appearance, personal hygiene and general lectures. 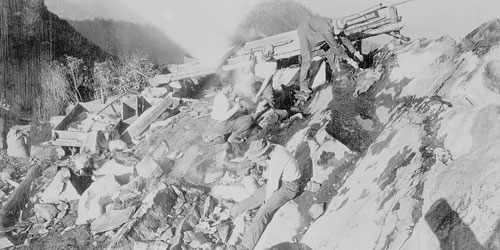 One of the most iconic, still-standing structures built by the CCC in our national park is "White Rock" fire tower atop Mount Cammerer. The camp at Big Creek opened a rock quarry in 1935 and the boys of NP-7 soon began construction on the peculiar octagonal tower. It was completed in 1939 and operated as a lookout until the 1960s.

Fire Towers: In the 1930s the men of the CCC constructed 3,400 fire towers across the country. In the Great Smoky Mountains they were responsible for nine out of ten; Shuckstack tower near Fontana was built by the NPS and PWA. Only 4 fire towers remain today. According to Memories of District C: Civilian Conservation Corps, commanders of company 415 at Big Creek upheld the camp motto: Improvise. 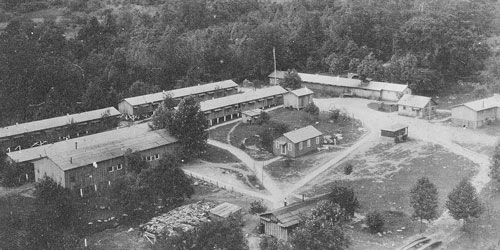 The Greenbrier CCC camp was located just south of Porters Creek. You can see the remnants of some of NP-8's handiwork on a rock wall on the right at the beginning of Grapeyard Ridge Trail, a trail they constructed. According to a hand drawn sketch by CCC enrollee Alan Youngblood, it appears that the camp was also responsible for constructing Greenbrier Road. 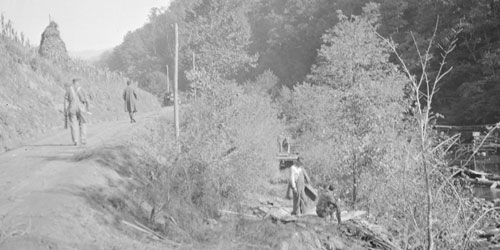 The Forney Creek CCC camp was located at today's backcountry campsite #71, where Forney Creek Trail meets Springhouse Branch, southwest of Clingman's Dome. These men widened the trail to Andrews Bald, rebuilt roads, and constructed bridges. One of the trails they constructed leads to the fire tower at High Rocks - one of the 4 original towers that remains today.

Wildlife: The Smokies had suffered the detrimental effects of logging and deforestation at this time period, so the expansive wildlife sightings that we see today were not as common before the CCC's immense reforestation efforts. In a 1933 superintendent report, a landscape forman from this camp states: "Forney claims the distinction of being the first to rouse big game in the form of a bear and two cubs. The cubs are certain evidence that papa bear is somewhere in the vicinity unless of course he is a travelling salesman." 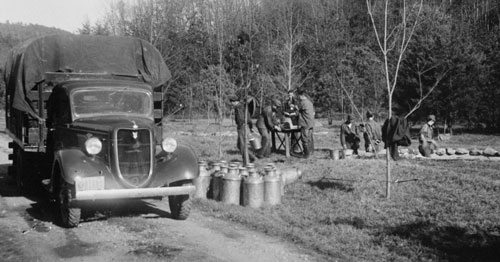 The young men of camp NP-11 at Cades Cove built roads, bridges, dams, fire trails, fish rearing ponds, and possibly even a swimming pool. They also operated a stone quarry. It's said that the company claimed the most beautiful and scenic camp in the entire district. Today you can find a marker honoring their work along Cades Cove Loop Road near the Missionary Baptist Church. Among other things, it reads: If you seek their monument, look about you. 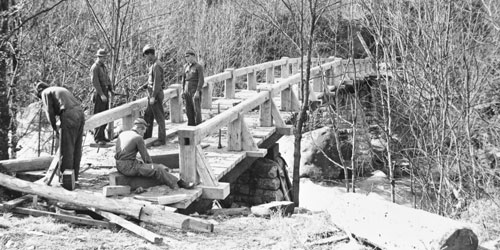 Not far from Camp H.A. Morgan was Camp NP-12 led by superintendent C.A. Murphy in the Elkmont area. Enrollees here built the familiar vehicle bridge over the Little River. The boys of NP-12 also constructed a horse trail bridge over Huskey Branch in this area and dug through rock cliffs to build Miry Ridge Trail. They also built a series of trout breeding pools that fed into the Little River, cited as "one of the most beautiful projects" they completed. 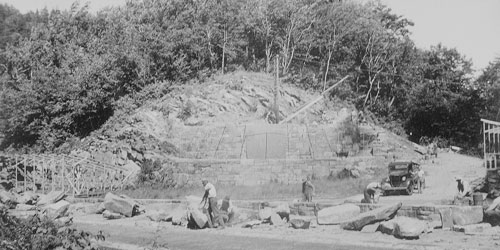 Another iconic, still-standing structure supplemented by men of the Civilian Conservation Corps is the Rockefeller Monument located in the center of the park on the border of North Carolina and Tennessee at Newfound Gap. Today you can visit the monument where President Roosevelt dedicated the GSMNP in 1940 or the permanent enjoyment of the people. 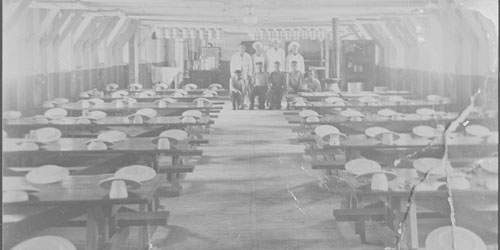 The End Of CCC

At the start of World War II, most CCC camps were closed down and abandoned. The nation’s money was now being used to fund their fight in WWII, and most of the men were needed to fight in the military, so the CCC camps turned to ghost towns. There are still some remains from the camps in the Great Smoky Mountains National Park today. A chimney, a drinking fountain, a fire hydrant, a sign board and many other artifacts are visible in the ever thickening forest that would not be here if not for the CCC camps themselves.

Perhaps no works of the CCC have gotten more public use than those of the Great Smoky Mountains National Park, and nearly all of its infrastructure was built with CCC labor. 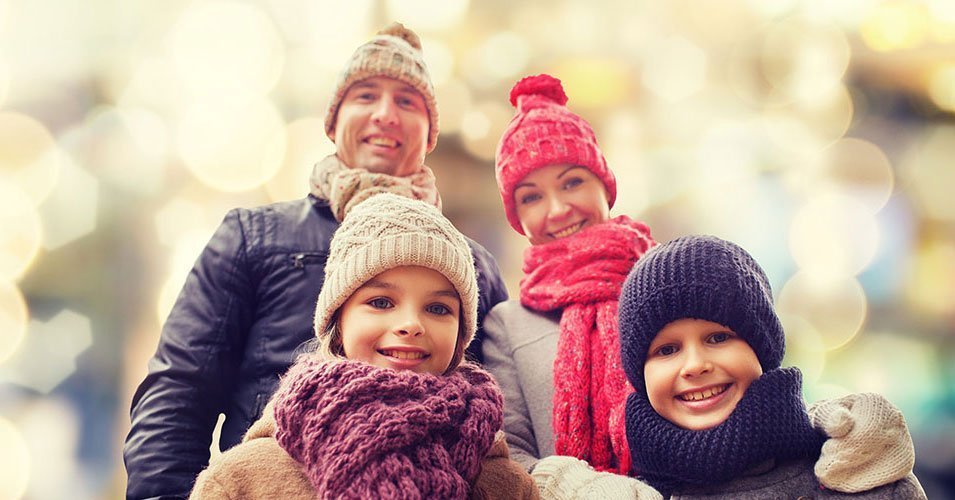 8 Things to Do in Pigeon Forge in the Winter Season 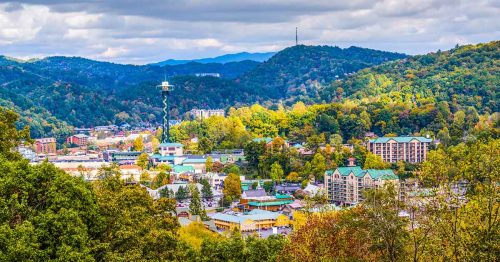 Iconic Places to Visit in Gatlinburg

Gatlinburg is home to a variety of sights and attractions that have withstood the test of time. These places a... 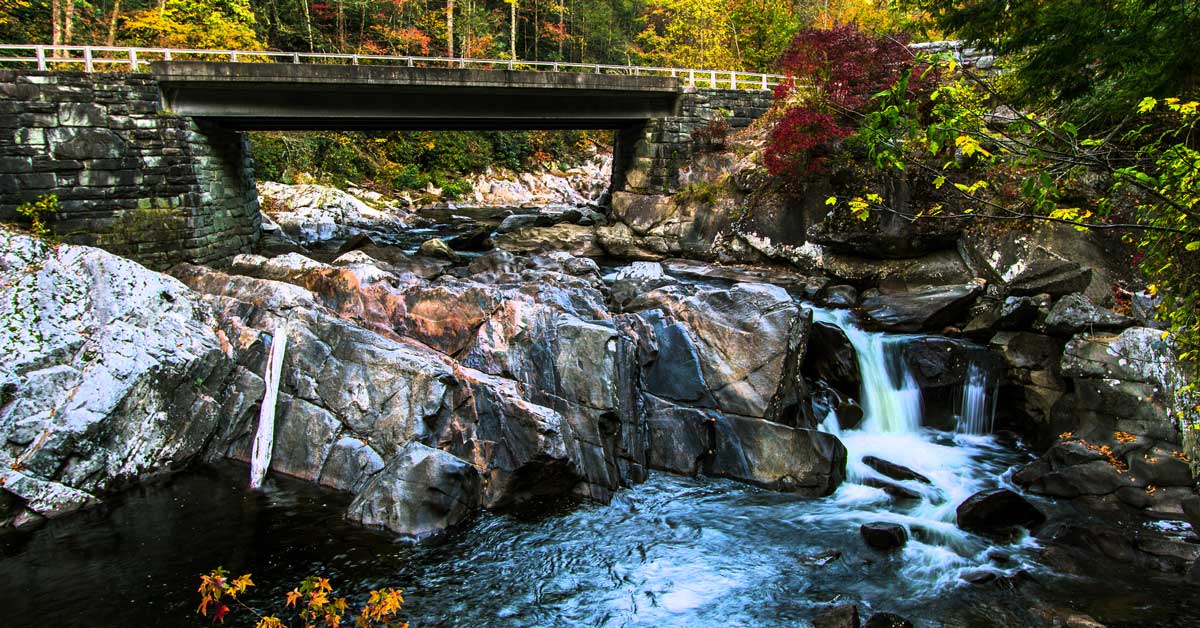 Scenic Routes Through the Smokies

What better way is there to spend a day than cruising through the Smoky Mountains on a scenic road? The Great ...