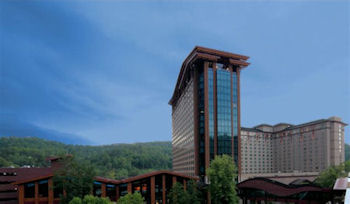 At the southern end of the Blue Ridge Parkway and the entrance to the Great Smoky Mountain National Park lies Cherokee, headquarters for the Eastern Band of Cherokee Indians (ECBI), a federally recognized Native American tribe. The town of Cherokee actually lies on Qualla Boundary, the land which the ECBI bought back from the U.S. government. Also located on the Qualla Boundary and in the town of Cherokee, North Carolina is Harrah’s Cherokee Casino, which is owned by the Eastern Band of Cherokee Indians and operated by Harrah’s Entertainment. NOW OPEN! Harrah’s Cherokee welcomes Paula Deen’s Kitchen, Enjoy Paula Deen’s special style of cooking and Southern hospitality, a perfect fit with our guests here in the Great Smoky Mountains! And as Paula Deen herself said, “I couldn’t think of a better mix: Southern food and casinos. It has all the ingredients for a good time.” In addition to the Casino, Cherokee is a tourist-oriented area due to its culture and proximity to the National Park. 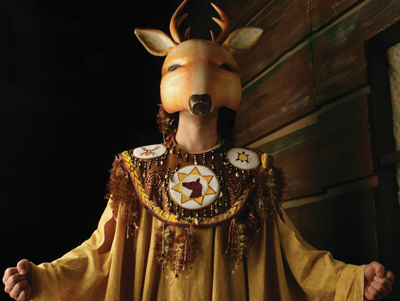 Visitors can learn the history of the Cherokee People as well as take in the beautiful surroundings that the Great Smoky Mountains offers. In the past the town was known for its stereotypical portrayal of Native Americans. In recent years however, they have worked to overcome this and renovate the entire tourist area, replacing the stereotypes with a more tasteful atmosphere that celebrates the Native Americans and their heritage, such as Unto These Hills, an outdoor drama that tells the Eastern Band’s story.

An understanding of some of the Eastern Bands history and culture can be learned by attending a performance of Unto These Hills. There are also cultural centers such as the Museum of the Cherokee Indians or the Qualla Arts and Crafts center, which is officially named “Qualla Arts and Crafts Mutual, Inc.” 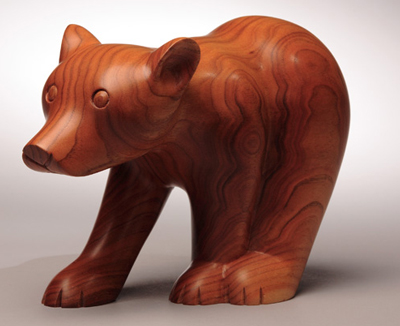 Authentic Cherokee arts and crafts are for sale at the arts and crafts mutual. You can also walk through the Oconaluftee Indian Village, where visitors can view these crafts practiced and learn more on the EBCI’s history. A botanical garden and nature trail is also located beside the Indian Village. This garden and nature trail features over 150 species of plants that are native to the area and an herb garden, as well as a half-mile walking trail through a pine and hardwood forest that runs along the slopes of Mount Noble.