The Walker Sisters were the only family who choose not to sell their land to the National Park Service when the Smokies became a national park. The six Walker sisters watched from the only home they had ever known as their lifelong neighbors moved after selling their land to the park. They lived together in a 20-by-22-foot cabin at the time the national park was established in 1934.

Hike to the Walker Sisters Cabin 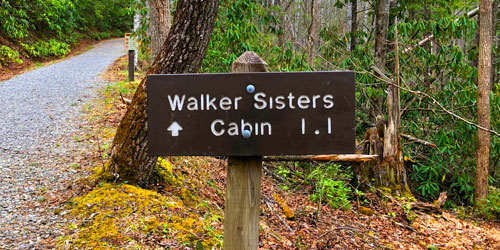 The old cabin was located on a 400-acre portion of a farm that Brice McFalls acquired in 1838 from the 2,000 acre tract owned by John Renfro. McFalls constructed the first cabin on the property. In 1853, Wiley King acquired the land and cabin and built another cabin with his sons. John Walker obtained part of the farm and house when he married Wiley King’s youngest daughter Margaret Jane in 1866. 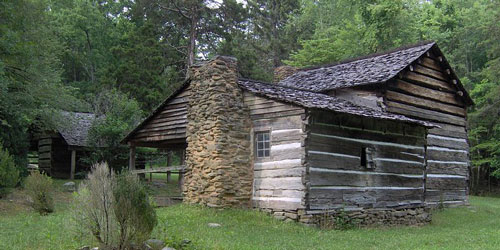 John later bought more of the property from Margaret’s brothers and sisters making The Walker Farm a total of 122 acres. He was a skilled carpenter, blacksmith and orchard keeper. As the Walker family grew John disassembled the old McFalls cabin and put parts back together on the main house making a kitchen and front porch. The farm included several outbuildings including a barn, pig pen, corn crib, smokehouse, apple house, blacksmith shop and a small tub mill on Rocky Branch.

The Walker family never had running water or indoor plumbing. They drew water from a flowing spring protected by a log springhouse, which was used to keep milk, butter and cheese cool. 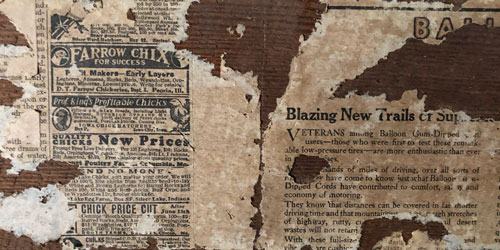 By the time the National Park was established John and Margaret had passed. Their four sons, James Thomas, William Wiley, John Henry and Giles Daniel were married and had moved away from the Walker Farm. Of the seven daughters only Sarah Caroline had married. The six remaining sisters were Margaret Jane, Mary “Polly” Elizabeth, Martha Ann, Nancy Matilda, Louisa Susan and Hettie Rebecca. Polly and Martha Ann both suffered the loss of the men they were to marry and Nancy passed in 1931. This left five of the Walker Sisters living in the Walker house in 1934 when the Great Smoky Mountain National Park was established.

The women had their own personalities, talents, interests and responsibilities. Margaret Jane, the eldest, was the stern and practical sister who made the decisions of the house. She also was very religious and loved singing hymns and quoting scripture. Martha Ann was the family accountant. She kept track of who they owed and who they paid. She also administered the catalog ordering for the family. Nancy was a seamstress and needle worker. Hettie, the youngest, was an excellent cook and knitter.

Louisa was called the “jack of all trades” but truly loved to express her thoughts through poetry and carried her weight working in the fields and chopping wood. Louisa sold her neatly written and illustrated poems for anywhere from 25 cents to $1 to visitors. Numerous examples of her work are in private collections and the Great Smoky Mountain Archives. Louisa passed away in 1964. The National Park Service restored the cabin in 1976 and it still remains a popular destination for park visitors.

Where Is The Walker Sisters Cabin?

The Walker Sisters Cabin is located at the northern end of Little Greenbrier, a narrow valley in the southwestern slope of Cove Mountain by Little Brier Branch. The area containing the cabin and the surrounding buildings is now known as Five Sisters Cove. 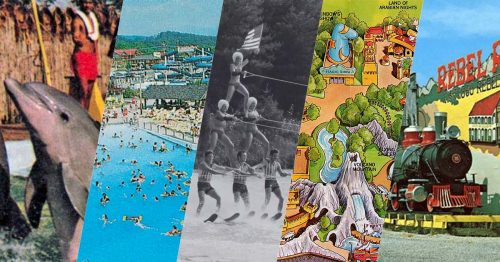 Old Pigeon Forge attractions are what started all the tourism in the area. There’s so much to do and enjoy i... 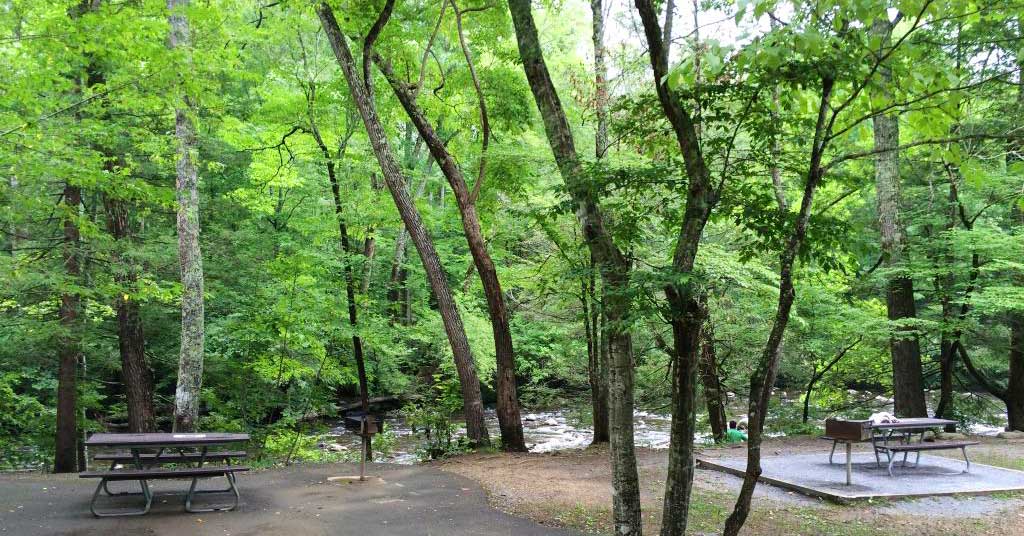 Top Picnic Areas In The Smokies

A picnic in the Great Smoky Mountains is one of life’s greatest pleasures. You’ll experience nature, tranq...

Fast Facts About Snakes in the Great Smoky Mountains

Part of what makes the Great Smoky Mountains National Park so magical is the unbridled access it provides to m...