Smoky Mountain wildlife is abundant in all corners of the international biosphere reserve. Remember, all animals in the Smokies should be viewed from a distance and left undisturbed. Scan through the following descriptions to see what animals might cross your path while visiting the Smoky Mountains. 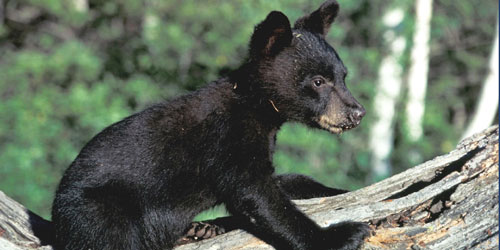 Black Bears inhabit all areas of the park. DO NOT FEED THE BEARS! It is very important that visitors not feed any animal they encounter in the national park; please realize bear are wild, very strong and agile animals. By attempting to approach these creatures, you are risking your safety.

Beggar bears that grow accustomed to finding human food live an average of half the lifespan of a healthy, wild bear. These animals face sickness, starvation, and euthanasia if they become dependant on or aggressive toward humans. If you are fortunate and spot a bear while visiting the Smokies, stay at a safe distance (your presence should not disturb the bear’s natural behavior) and make sure to take plenty of pictures to remember your good fortune.

Poisonous Snakes in the Smoky Mountains 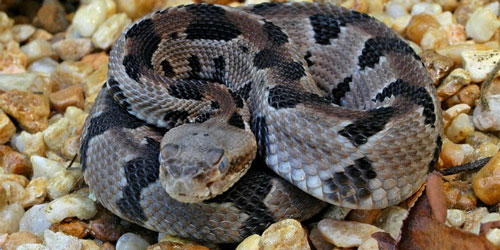 Of the nearly two-dozen species of snakes in Great Smoky Mountains National Park, only two are venomous: The Timber Rattlesnake and the Northern Copperhead. Though you’ll occasionally see snakes slinking through the Smokies, a fatal snakebite has never been reported. 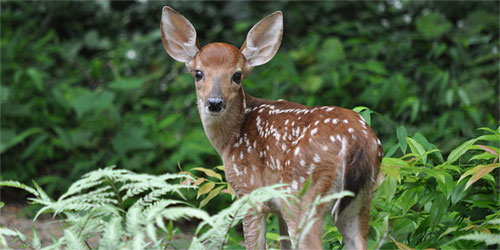 White tailed deer are often seen in Cades Cove and the Cataloochee Valley where open fields provide grazing opportunities. Fawns are born in late June and bucks’ antlers develop fully by late August. Scientists estimate that as many as 6,000 dear live within the park. These numbers can change quickly due to sickness. Plan an early morning or evening drive through the Cades Cove loop for your best chance at viewing deer and other animals!

Elk Viewing In The Smoky Mountains 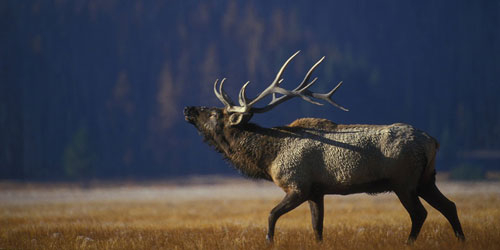 Elk can best be viewed in the early morning and late evening times, and may also be very active on a cloudy summer day. It is illegal to knowingly come within 50 yards of an elk, so enjoy them at a distance with binoculars or a scope. Getting too close to an elk may cause them to charge and can result in much harm. If you approach an animal so closely that it stops feeding, changes direction of travel, or otherwise alters its behavior, you are too close! 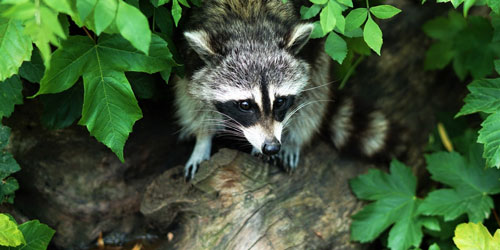 Raccoons are second only to bears for causing disturbances in campgrounds. Also like bears, they learn to beg and can easily starve to death in winter months when scraps run low. Always secure all food and dispose of garbage in designated bins. These masked bandits enjoy stealing shiny objects, so even if it is not edible, consider putting away anything easily grasped in little paws.

Raccoons and skunks often contract rabies; please report any animals exhibiting unusual behavior to a park ranger and just because they seem approachable due to their small size, when sick or frightened, they can become very aggressive. 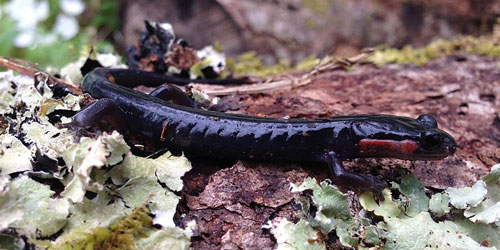 Plethodon jordani by Fredlyfish4 / CC BY 3.0

Sometimes called the “Salamander Capital of the World”, Smoky Mountains visitors often see these tiny friends while playing in mountain streams or hopping little trickles of water on trails such as Chimney Tops or Rainbow Falls. A salamander’s skin is very delicate; please do not touch these dainty creatures because oils and products on your hands can harm them. Thirty known species of salamanders all live within the park, so keep an eye to the ground & try to spot one of your amazing park hosts! 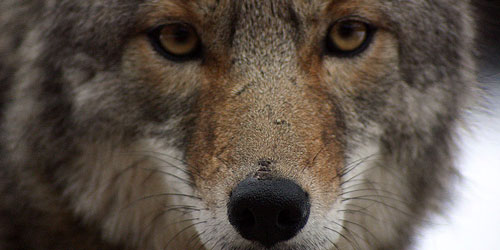 No, you did not see a wolf in the park. Though the National Park Service did attempt to reintroduce red wolves in the Great Smoky Mountains, this project was unsuccessful and the remaining animals were removed. If you saw a wolf-like animal while visiting, it was probably a coyote. These creatures are not native to this area but because of their hardy nature, they continue to spread across the United States. Red and gray fox also live in the park but these specimens are smaller and more timid. To identify a coyote, look for large ears and lanky features. 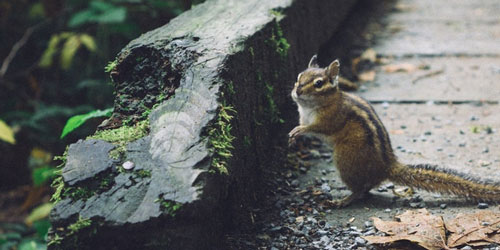 Chipmunks and gray and red squirrels all frequent campgrounds, picnic areas, and most woodlands in the Smokies. Due to illegal feeding, red squirrels are quite tame along the Alum Cave trail. Many hikers stop at an overlook to eat and discover these speedy beggars surround them. Chipmunk, like Chip and Dale are smaller and tend to live on the ground more than squirrels. Easily distinguished by their size and pretty markings, these rodents usually streak through the underbrush along trails. 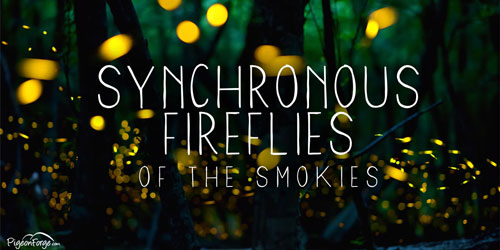 Synchronous Fireflies are very uncommon! Until 1994, it was relatively unknown that these special animals live in the Great Smoky Mountains National Park. At this time, this is the only known species of firefly that can synchronize their flashes in the Americas. Now a very popular attraction during their peak period, two-weeks in mid-June, the fireflies in the Elkmont area of the Smokies performed a “light show”.

Due to the massive number of onlookers, traffic and other crowd concerns have become a bit of a problem. If you intend to visit during June, shuttle buses are provided by the city of Gatlinburg and pick up visitors from the Sugarlands Visitor Center. Advance reservations are highly recommended. Book your space at the Recreation.gov website. Also, remember to be polite. Keep your flashlights aimed at the ground while walking, turn them off and remain quiet once you are stationary, and only take out what you brought into this quiet area. 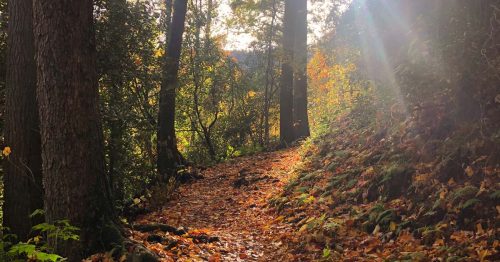 Trillium Gap is the longest Mt LeConte trail with Bullhead in second place. Starting at the Rainbow Falls trai... 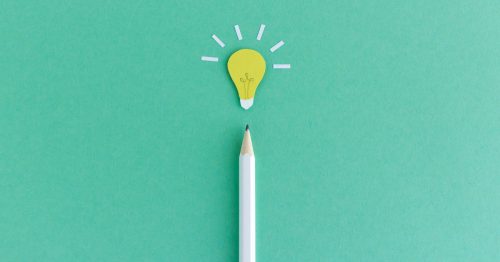 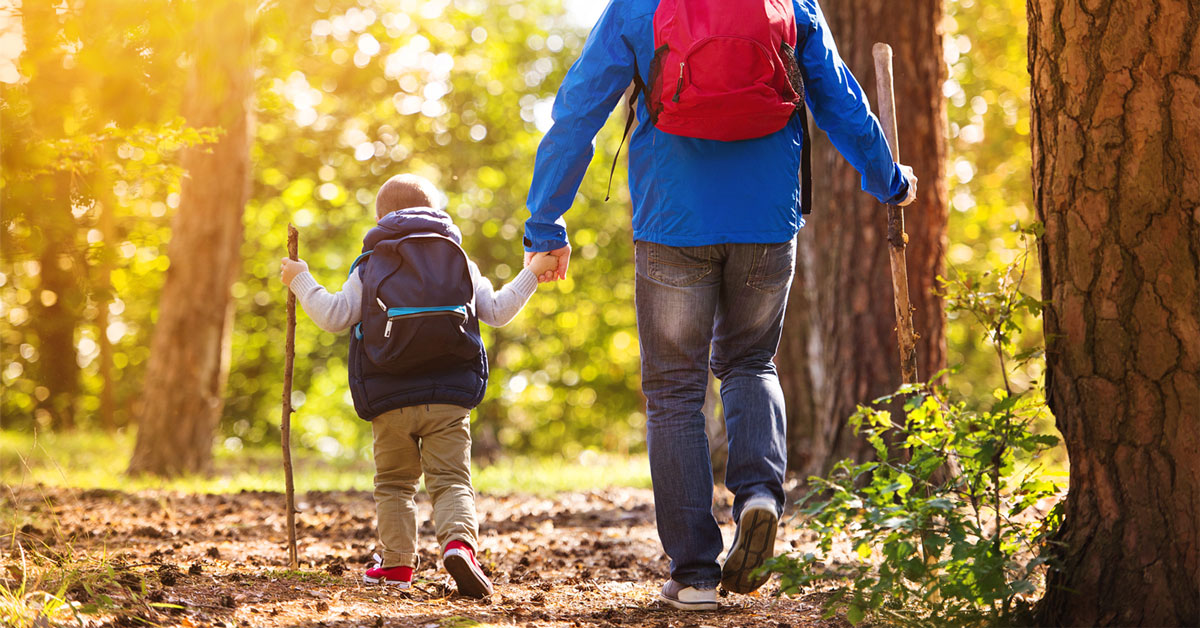