Old Pigeon Forge attractions are what started all the tourism in the area. There’s so much to do and enjoy in this part of the Great Smoky Mountains, and it’s easy to see why folks love to vacation here. Great attractions, great restaurants, and breathtaking views have made Pigeon Forge a premier destination for decades. But, like all things, Pigeon Forge has changed over the years. Attractions have come and gone. We’ve put together a list of some old Pigeon Forge attractions that are nothing more than a memory today. Let’s see if you remember these iconic pieces of Pigeon Forge’s past. 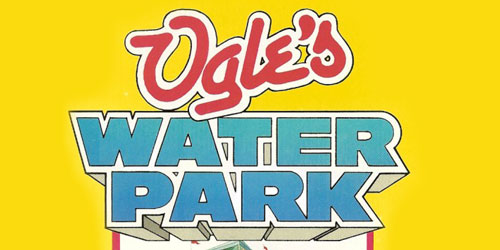 The Tennessee summer sun gets hot and generations of families cooled off at Ogle’s Waterpark in Pigeon Forge. Ogle’s Waterpark was a wet and wild oasis off the Parkway for more than 30 years. It was built in the 1970s and boasted 6 slides, an ice cream parlor, sundeck, wave pool, and other fun features. Locals and visitors alike loved making a splash at Ogle’s. Sadly, Ogle’s Waterpark went the way of the Dodo in 2002. This old Pigeon Forge attraction closed to make way for Walden’s Landing, which opened on the same site in 2003.

However, you can add Walden’s Landing to the list of old Pigeon Forge attractions, too. You can still make a splash in Pigeon Forge even though Ogle’s is gone. Learn more about Pigeon Forge waterparks!

What It Is Today: This former shopping and entertainment destination is now known as Lumberjack Square, home to Paula Deen's Lumberjack Feud Adventure Park, plus numerous shopping outlets. 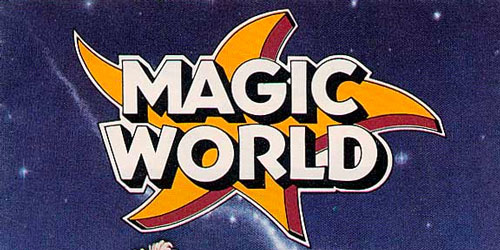 Children of the 1970s, 80s, and 90s had a place of their own in Pigeon Forge. Magic World was a kid-friendly theme park right off the Parkway with a 100-foot volcano, 80-foot freshwater aquarium, magic show, and more. Magic World was open from 1971 to 1996. Folks who visited Magic World in the ‘70s and ‘80s might remember the animatronic Confederate Critters Show with mountain music, a haunted castle, and even a dinosaur train. Later on, in the 1990s, Magic World adopted a more carnival-like style with small amusement rides.

Even though Magic World is a long-gone Pigeon Forge attraction, you can still find hints of magic in the Smokies. The volcano which served as the entranced and housed the aquarium is now part of Professor Hacker's Lost Treasure Golf, a favorite Pigeon Forge mini-golf destination. 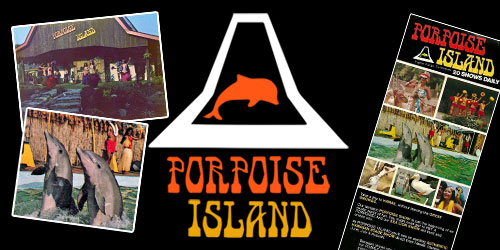 Few people might think Pigeon Forge and Polynesia go hand-in-hand, but Porpoise Island brought a bit of tropical island style to the Parkway in the 1970s and 1980s. Porpoise Island opened in 1972 and brought “aloha spirit” to Pigeon Forge until it closed in 1984. Visitors to the attraction were greeted by hula dancers in grass skirts, could see the daily sea lion and porpoise shows, and tour a ranch filled with deer from around the world.

Interestingly enough, Porpoise Island was one of the first Pigeon Forge Parkway attractions to advertise on TV. The ad slogan was “The Porpoises Are Calling” and might have interrupted your favorite episode of Good Times, Happy Days, or other favorites of the era.

What It Is Today: Today Pigeon Forge’s Porpoise Island is just a figment of the imagination for many. The area that was once home to sea creatures and tiki torches is now known as The Island. 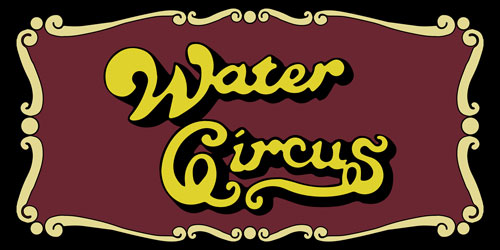 Today Pigeon Forge is home to many thrills, but none of them involve water skis. This wasn’t the case 40 years ago, though, as Tommy’s Barlett’s Water Circus brought all kinds of water-skiing acrobatics and tricks the Great Smoky Mountains. Tommy Bartlett’s Water Circus was open from 1978-1982. Those who were lucky enough to catch a show here (and still remember it) likely recall helicopter trapeze artists, water ski ballet, and clowns.

You’ll find few traces of Water Circus in Pigeon Forge today. The shows were held on the man-made Gatlinburg Lake, which has since been filled.

While you might know the theme park of TN-449 as Dollywood, this area was once home to the now-old Rebel Railroad. Rebel Railroad opened in 1961 and existed until 1971 when the attraction was changed hands and became Goldrush Junction. Goldrush Junction existed until 1976 when the attraction changed hands and became Silver Dollar City. Silver Dollar City segued into Dollywood when Ms. Dolly Parton herself bought a stake in the attraction in 1986, and the rest is Smoky Mountain history.

The original incarnation, Rebel Railroad, featured a steam engine train, blacksmith shop, general store, and a saloon. The train, which was then known as Klondike Katie, still exists today as the Dollywood Express.

Part of what makes the Smoky Mountains so magical is the region’s rich nostalgia. Generations of visitors have made memories and these old Pigeon Forge attractions are now home to new ways to enjoy East Tennessee charm. Start planning your next Pigeon Forge vacation now. Browse attractions and things to do, find the perfect cabin or vacation condo for your family, explore the Great Smoky Mountains, and much more!

Activities For Seniors In The Smoky Mountains

We've said it before and we'll say it again: there's something for everyone in the Smoky Mountains. From kids ... 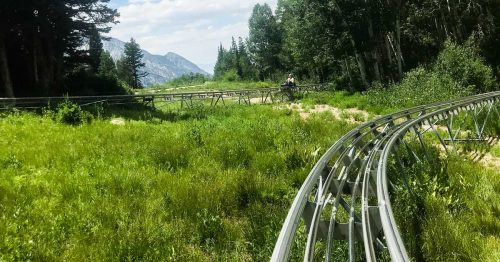 Mountain Coasters: What Are They? Things To Do At Downtown Flavortown in Pigeon Forge

The hottest new spot to hang out in Pigeon Forge is located on Teaster Lane at The Mountain Mile: Downtown Fla...