Smoky Mountain legends and ghost stories are not in short supply. The region's history is thick with tales passed down from the Cherokee people, early settlers of Cades Cove, and many urban legends about East Tennessee and the surrounding areas. Here are nine of our favorite tall tales and true stories about The Great Smoky Mountains. 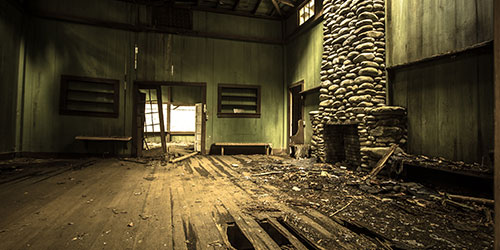 The story of the Elkmont ghost town isn't especially spooky, but anyone who has walked around it can't deny the particularly creepy vibes in the area. After the national park was established in 1934, the NPS began purchasing the land where many vacation homes stood. After the residents had all died the buildings remained to let nature take over. 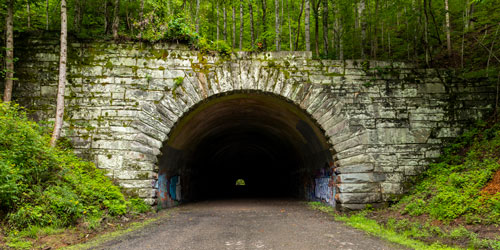 Before Fontana Lake was built in the southern part of the national park, hundreds of people had lived in the area for generations. They were forced to leave their homes as the highway that led to those communities was buried by the lake. The government promised to replace the road with a new one, Lakeview Drive, that give people access to their old family cemeteries. Unfortunately an environmental issue caused construction of the road to end abruptly.

You can find the end of Lakeview Drive and this road to nowhere while hiking along Noland Creek Trail. The area and the communities that used to occupy the communities in Swain County actually has several Smoky Mountain legends to tell. If you know anyone who has hiked this trail at night or stayed at campsites 61-65, ask them if they ever spotted a floating, glowing orb. 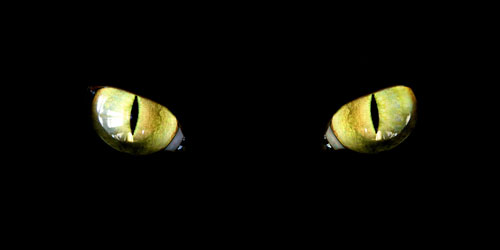 While not strictly a Smoky Mountain legends, the wampus cat is an ancient mythological creature who, according to the Cherokee, was a woman cursed by tribal elders as punishment for watching a sacred ceremony take place. Supposedly she can be heard whining around campsites at night, searching for livestock. Many have described the animal as a mountain lion like creature with 6 legs instead of 4; others say she's some kind of amphibious creature. In the Smokies we like to think of her as half bear, other half cat. 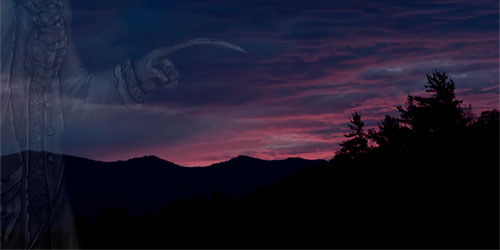 One of the scarier legends is the Cherokee story of U'tlun'ta, or Spearfinger: a female creature with one long, sharp finger on her right hand and stone-like skin. She was said to have sounded like thunder as she stalked Chilhowee Mountain. Spearfinger was a shapeshifter who would pose as family members of her child victims before cutting them open and eating their livers! The greusome tale was probably told to Cherokee children in order to scare them into behaving, but we still wouldn't recommend going and looking for her in the mountains. 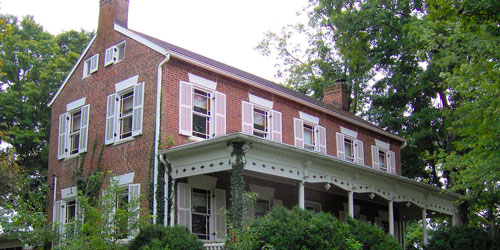 The antebellum plantation in Sevier County known as Wheatlands is on the National Register Of Historic Places and is the location of the famous Battle of Boyd's Creek. The nearly 30 Cherokees that were slain in the battle now lie in a mass grave behind the home, and many say that they aren't the only bodies buried there. It's also said that at least 70 murders took place within the house itself. The plantation was once open for tours but has been closed now for years.

As the story goes, you might spot blood stains in the home’s parlor. After the owner of the estate left Wheatlands Plantation to her grandson, his jealous father confronted him and in turn was murdered by his son with an iron poker. Although the floors have been cleaned numerous times, the bloodstains keep returning.

StyleBlueprint, The Scariest, Most Haunted Places in the South 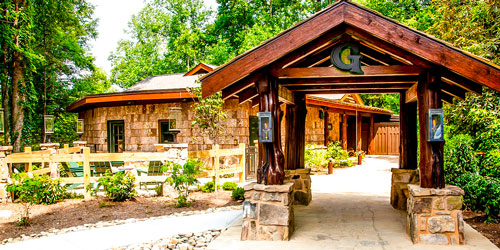 This lovely lunch spot in Gatlinburg refers to itself as "a food and spirit outpost" for a reason. Supposedly the ghost of a young woman named Lydia haunts the place. According to this Smoky Mountain legends, this young girl was left at the alter after her husband-to-be was eaten by a cougar (wampus cat?) in the forest. Devastated, Lydia hung herself in the rafters of the old building. Today some people say they can spot her up the building's old staircase on the second floor. 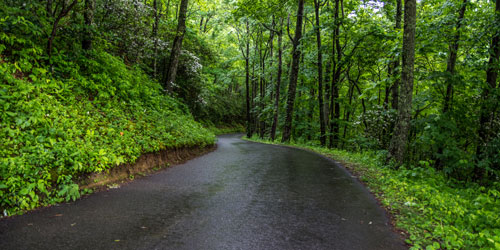 This beautiful 5.5 mile drive through the Smokies has a lingering hitchhiker named Lucy. According to the story, this young woman died in the early 1900s when her family's cabin burned down. A man once spotted her walking along the road barefoot and offered her a ride on his horse. Later he went to find her parents to ask for her hand in marriage, only to be informed that she had been dead for many years. 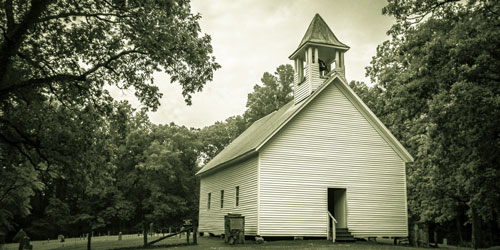 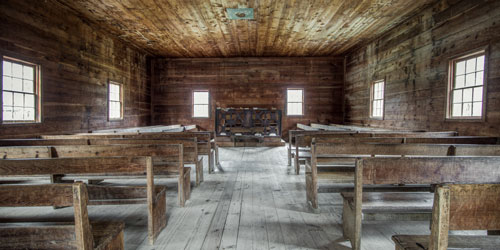 Few can deny the eerie feeling of Cades Cove at dusk. Many have taken photos of scary sights as the sun is setting (look around for a woman's face on the side of the Primitive Baptist Church). There are few specific ghost stories about the area, but a place filled with abandoned cabins, churches, and cemeteries is bound to have some spooky history. Our favorite story is The Cussing Cover.

The Cussing Cover: This Smoky Mountain legends, tells the story of Mavis and Basil Estep, a married couple who lived in Cades Cove a very long time ago. Mavis was born during a thunderstorm and had a persistent fear of being struck by lightning. She loved to sew, but wouldn't even use her quilting needle during a thunderstorm.

One of Mavis's favorite pieces of patchwork was a quilt she made out of one of Basil's old flannel shirts. She called it the "Cussing Cover" because Basil was wearing it during one of their first fights, where some swearing occurred.

Mavis grew ill, and toward the end of her life she gave Basil permission to remarry under two specific conditions: he was never to sell any of her quilts, and absolutely never place any of those quilts on a metal bed. After Mavis died Basil married a girl named Trulie Jane.

Trulie Jane and Basil bought a new metal bed to sleep in. One cold night, Trulie Jane awoke to find an extra blanket. She chose the Cussing Cover and brought it into their metal bed. Hours later, a rogue bolt of lightning struck the bed and killed Basil Estep. The rest of the cabin was untouched. 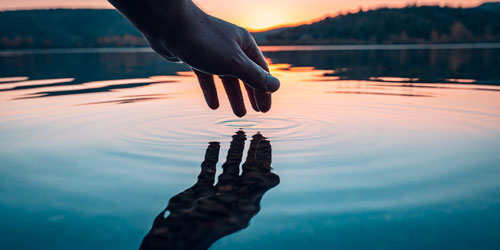 The Cherokee people tell a story of a hidden lake in the Great Smoky Mountains called Atagâ’hï. Two young Cherokees named Utani and Netani once wandered far into the Smokies to find a beautiful blue lake hidden behind the trees. It is said that if you ever happen to wander close to it, you might hear the sound of birds and ducks flying above. But if you follow the sounds all you will find is a dried up pit of mud with no animals or blue waters to be found in sight.

The legend says the lake is hidden from human eyes because it is a sacred place for the creatures of the Great Smoky Mountains. Bears, wild fowl, and other animals bathe in the waters to cure their wounds and sickness. 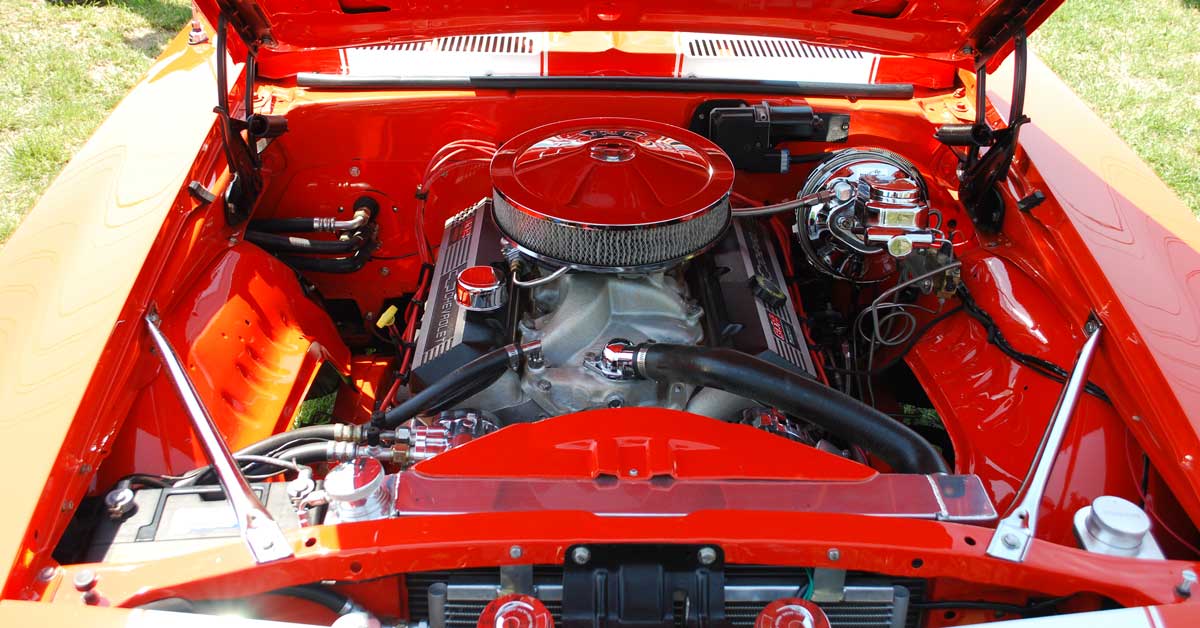 Several times throughout the year, the cool misty mountain air is pierced with the roars and rumbles of classi... 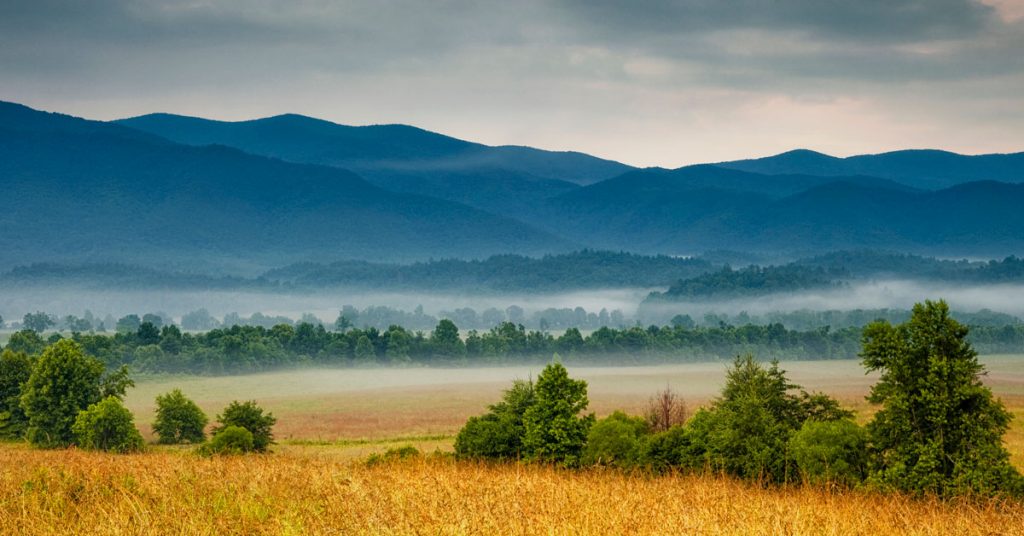 Cades Cove is one of the most popular areas for visitors of the Great Smoky Mountains National Park. With so m... Bowling In Pigeon Forge & So Much More: Downtown Flavortown

The hottest new spot to go bowling in Pigeon Forge is located on Teaster Lane at The Mountain Mile: Downtown F...