Part of what makes the Great Smoky Mountains National Park so magical is the unbridled access it provides to miles of untamed wilderness. This allows you to hike rugged trails, get up close and personal with nature, and bask in a rustic experience you’ll only find here in the Smokies. Unfortunately, though, sometimes nature can bite back. The same wild ways that make the Smoky Mountains a premier destination for outdoor activities also come with a few possible threats. Snake bites are very rare in the area but they do occur. It's important to be knowledgable about species of snakes you may encounter and which ones could be dangerous. 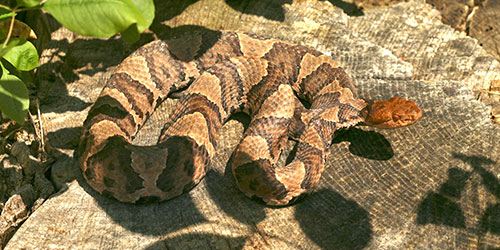 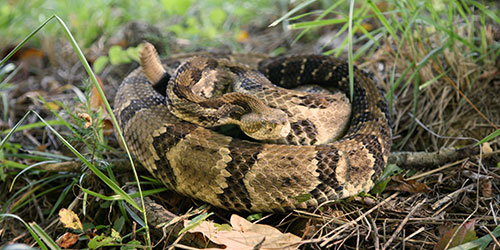 Snakes In The Smokies

Out of 23 species of snakes in the Smoky Mountains, only two are venomous: The Northern Copperhead and Timber Rattlesnake. This means that if you spot a snake on your hike or nature walk, chances are very good that it won’t hurt you. You can learn more about the snakes in the park here: Reptiles in the Great Smoky Mountains. Still, it's helpful to be able to identify a snake so that you can be certain it doesn't pose a threat.

Poisonous or Venomous? People often refer to poisonous snakes rather than venomous snakes, but this is incorrect. Venomous means capable of injecting venom with a bite or a sting, while poisonous refers to the production of a poison that is harmful if taken into the body. A venomous snake is not harmful to the touch, like poison ivy or a dart frog, but injects venom by means of a bite. 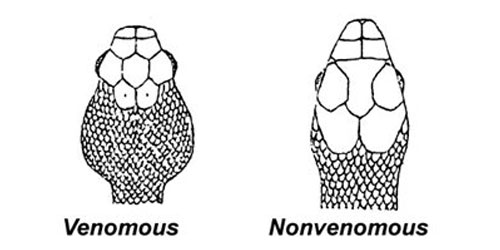 The two venomous snakes you’ll find if the Smokies are easy to identify. As a general rule, all venomous snakes have triangular-shaped heads with vertical eye slits. Their non-venomous cousins have rounder heads with round pupils. The snake’s habitat can also help you make a positive ID: Generally speaking, timber rattlesnakes prefer rocky outcrops and hillsides and copperheads are often found hiding in crevices of rocks along stream banks. Both snakes can also be found around man-made structures, like stone buildings and fences.

It’s also important to know about the snakes’ coloring: Copperheads, as their name suggests, come in a copper hue; timber rattlers are usually brown but can vary from oranges to black depending on season and the individual’s molting. 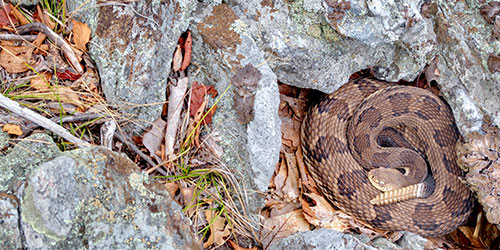 There has never been a fatality from a snakebite recorded in the Great Smoky Mountains National Park. Because so few of the park’s snakes are venomous, the chances of running into a venomous variety are very rare. If you’re bitten by a snake and you suspect it was venomous, it’s important to get to help immediately and stay calm. Don’t try to suck the venom out yourself or catch or kill the snake. According to REI, your worst-case scenario chance of dying from a snake bite in the wilderness is about 1 in 10 million. 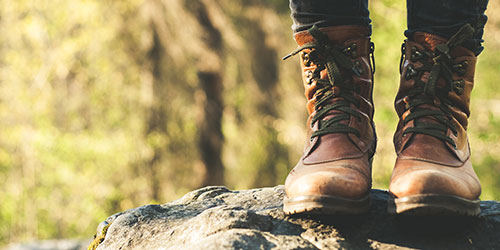 What To Do If You See A Snake

Should you run into a snake in the Smokies, remember to keep a hands-off approach. Exploring the wilderness of the Great Smoky Mountains comes with inherent risks and your safety is your responsibility. Not only is feeding, touching, teasing or handling wildlife strictly prohibited in the national park, but your safety could depend on it. It's best to continue moving past a snake and not attempt to approach or interact.

Have you ever had a run-in with a snake in the Great Smoky Mountains? Share your stories and thoughts at the PigeonForge.com Facebook page! 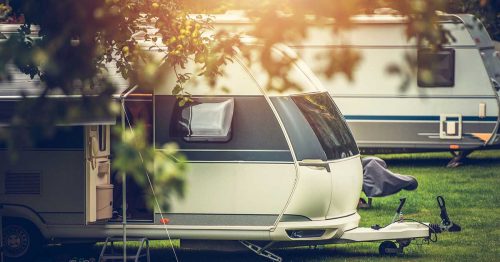 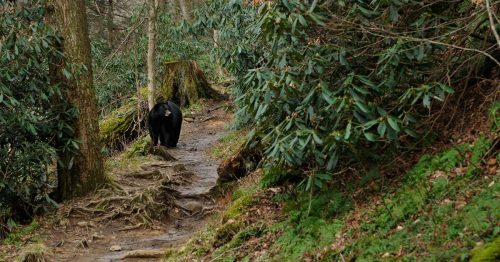 All About the Bears in the Smoky Mountains

Black bears are some of the Smoky Mountains' favorite residents. These beautiful creatures inhabit all areas o... 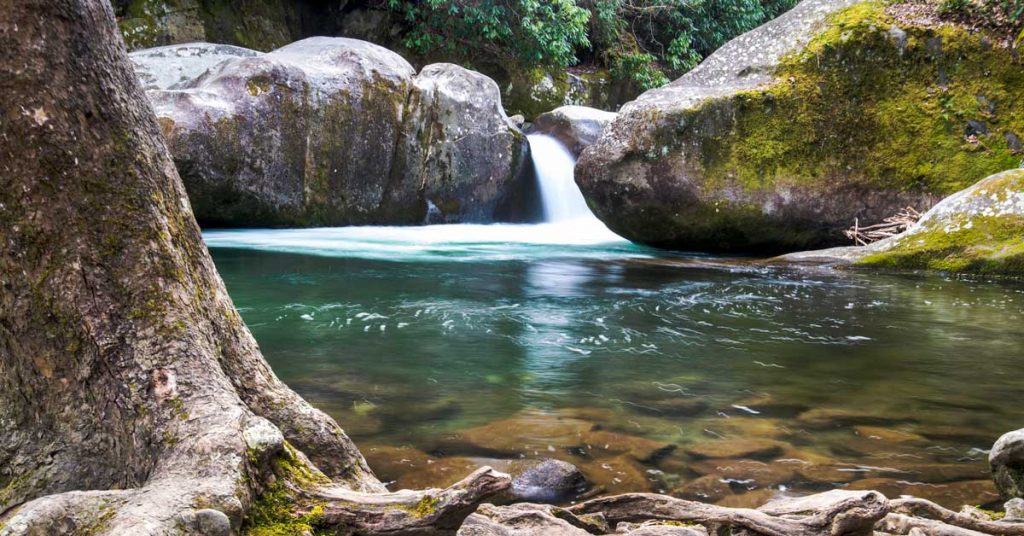